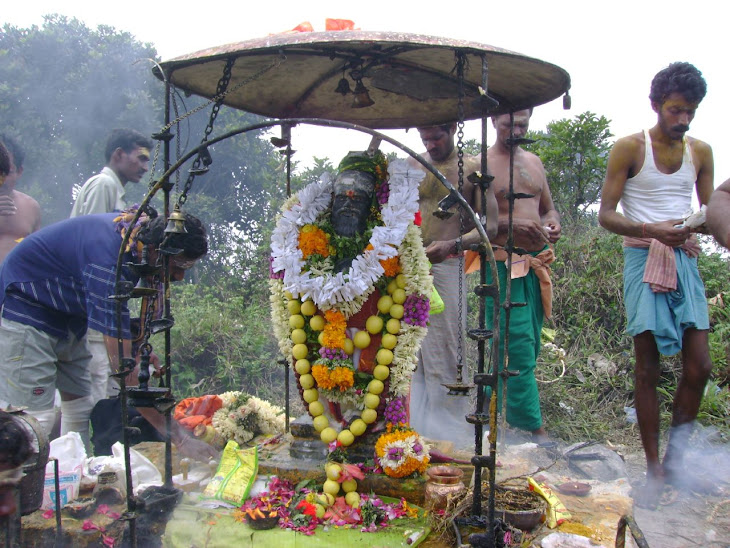 Kolathur is a little known residential area of Chennai city in South India. Only few would know that there is an ancient temple for Lord Shiva located in this area. Lord Shiva is named as Agastheeswarar in this temple. It is believed that the Shiv Linga in this temple was orginally installed by the sage Agastya. This little but ancient temple of Agastheeswarar is located opposite to Ganga Theatre in Kolathur area of Chennai city. This temple doesn’t have a tower. Instead, the idols of Agastya rishi worshipping Shiv Linga is depicted in the place
of tower.

The main shrine has the small Linga. The Goddess of the temple Akilandeswari is found in a separate shrine. Both the shrines face the eastern direction. There is no flag staff or bali peeth in this temple. However, there is a small Nandi idol facing the main shrine.

The small prakara (corridor) of the temple has the shrines of Ganesha and Muruga with Valli and Devasena. The wall surrounding the main shrine has the images of Ganesha, Dakshinamurthy, Lingotbava, Brahma, Durga and Chandikeswarar.